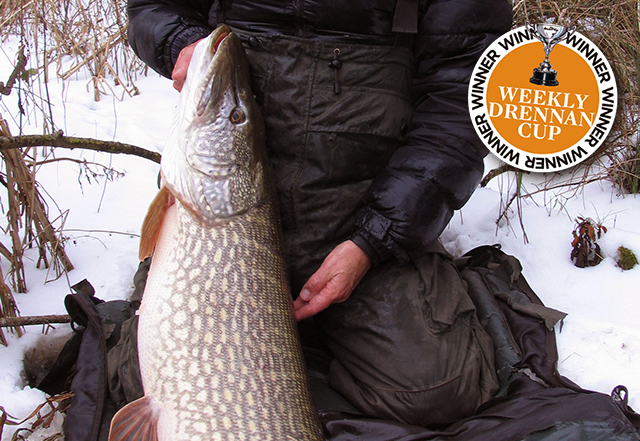 Steve Rowley was rewarded with this fine 35lb 8oz pike during a recent trip to a tough Southern gravel pit. Steve wanted to get out before the snow-melted and potentially ruined the fishing, so he was pleased to kick off his session with two jacks and a brace of double… Read more 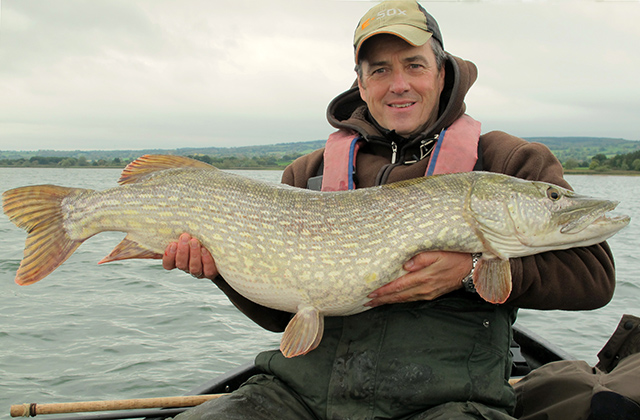 E-Sox pike specialist, Steve Rowley got his season off to a great start with this immaculate 31lb 4oz fish during his first day of the season on Chew Valley Lake. Chew is undoubtedly the best pike fishery in the UK. In the first five days of the October pike trials,… Read more 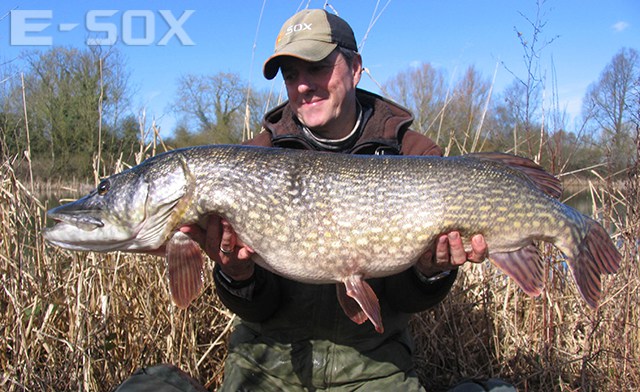 E-Sox Consultant Steve Rowley has become addicted to pike fishing from his kayak, and his burning ambition this winter was to catch his first ever kayak thirty pounder. Steve caught a 27lb 02oz earlier in the season from the kayak but was soon surpassed by his lovely 29lb 08oz that we… Read more

E-Sox consultant Steve Rowley has been concentrating on kayak fishing for pike this season, and his results have been pretty good to date. His biggest pike from a kayak so far is a fish of 29lb 8oz, which was landed using his 12ft E-Sox Piker Bait rod, 60lb E-Sox Piker Braided… Read more

Martin Bowler joins Steve Rowley on a local gravel pit to talk through Steve’s lift method set up for targeting big tench and bream in the margins. Watch the full video here.

E-Sox consultant Steve Rowley took to his kayak for a short early morning perch session and was rewarded with this stunning fish of 3lb 9oz. Steve patrolled the margins searching for shoals of fry, once found, he then covered the area with a small Mepp’s Spinner using his 9ft E-Sox Piker… Read more