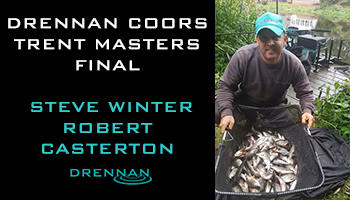 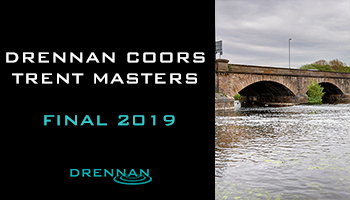 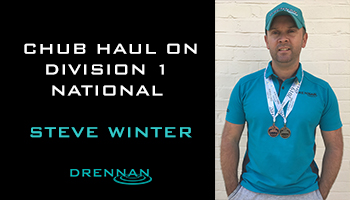 To win your 50 peg section in the Division 1 National is no easy task but to do it and then cap it off with 20 kilo’s of Chub is truly remarkable! Steve with his individual bronze and team 9th place medals  Steve explained… Saturday saw me on the Division… Read more 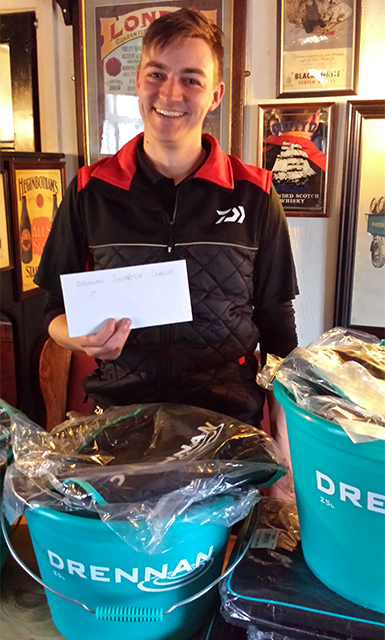 After the penultimate round being cancelled due to bad weather, the conditions finally improved for the final round of the league.  League leader, and England International, Cameron Hughes endured a difficult day frustratingly catching carp on peg 9 of Donno Lake. But, despite being interrupted by carp for most of the… Read more

Drennan have qualified for the prestigious Evesham Team Champs Final after a solid performance on the Warwickshire Avon.  Fourteen teams of five slogged it out on a difficult River Avon at Evesham to try and win a place in the prestigious August Bank Holiday Festival. Despite not having the greatest of draws on… Read more

Steve Winter has qualified for the Rookery Waters £1,000 Final after scoring an impressive 190lb match win at the Cambridgeshire venue. After a slow first three hours on Peg 25 on  Magpie Lake the Drennan and Bait-Tech angler persevered with his left-hand margin to bag up late on maggots over dead reds… Read more