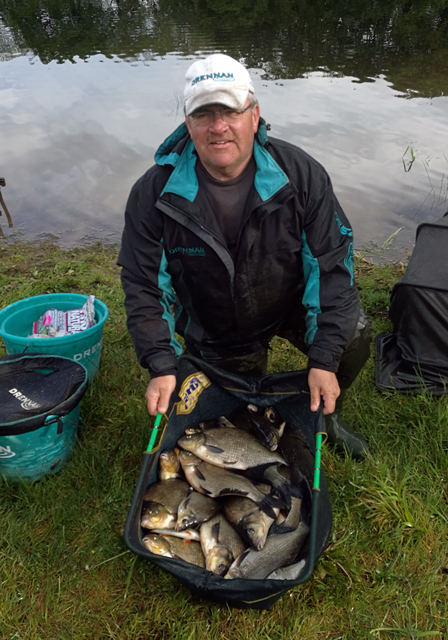 Match ace Wayne Swinscoe reflects on the Fermoy Festival Week and proves you should never ever give up! The Fermoy Festival Week takes place on the River Blackwater on the Monday, Wednesday and Friday with a two-day event on the Garden Centre stretch of Inniscarra Resevoir on the in-between days. As we drove south towards County Cork… Read more

Dean Barlow reflects on a great time competing in last week’s Ireland Feederfest tournament. I have just got back from the first Feederfest held on Inniscarra Lake in County Cork, Ireland. The place holds fond memories as this is where the Preston Innovations England Feeder team won our first gold medal,… Read more

Dean Barlow has finished third overall after a great week spent competing in the Feederfest Ireland Festival on Inniscarra Lake.  The Drennan and Preston England Feeder team man had a really consistent week, with daily silverfish weights of up to 11.5kg. He ended up with a 45.2kg total, just behind second-placed Neil Mazurek… Read more

Simon Willmsore and Steve Harwood followed up a Muckno Pairs win with a 1st and 2nd overall in the five-day Muckno Autumn Festival. “We had a great seven days in Ireland at Lough Muckno,” Simon explained. “Fantastic fishing and organisation, with parking behind every peg a bonus! Myself and Steve Harwood had a great trip,… Read more

Every competitor fishing the World Pairs in Ireland strives to catch a big enough weight to finish in the all-important top 10. Here’s how Dean Barlow and his partner Steve Fleming got on in their quest for glory against 48 other pairs. The first week in September is always an exciting time… Read more

Chris Vandervleit looks back on an enjoyable week competing in the Lakeland & Inland Waterways 2016 World Pairs Angling Championship with Gary Miller.  The World Pairs in Ireland is a festival that Gary Miller and I always look forward to. This year was our third year in the event. This is an event… Read more