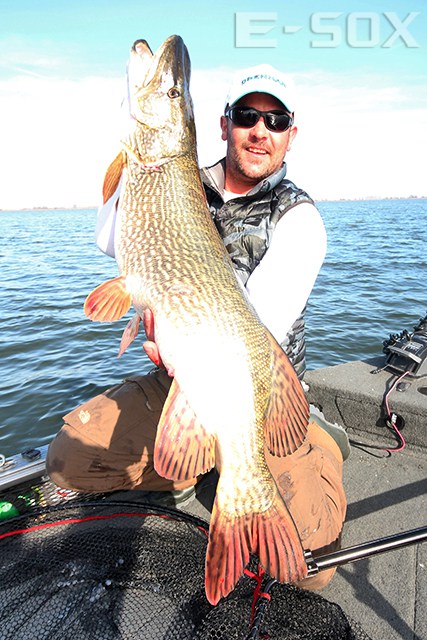 Simon Ashton recently returned from a guided trip in Holland after catching the fish of his dreams. Here’s what the top specialist angler had to say: The previous days of the trip had started off well. I had managed seven perch to just under 4lb, with a few good zander thrown in,… Read more

Maurice Prijs has been enjoying some excellent sport on Holland’s vast shipping canals this winter. Here’s his expert advice for targeting coldwater skimmers on the feeder. Catching skimmers on deep shipping canals in Holland can lead to a very enjoyable day’s winter fishing. The Amsterdam-Rijnkanaal can offer plenty of bites on even the coldest days of the… Read more

Catching sturgeon on the pole is not something you see every day, but it’s exactly what Jon Arthur was doing last week in Holland! Here he explains exactly why and the gear he used to bank some unique looking creatures. Last week I was in Holland to cover the European Championship for… Read more

Drennan Team England have put on a great fish-catching display and are currently in 2nd place after the first day of the European Championship. This year’s event is on the Lage Vaart Canal in Holland, the same place that held the World Championship in 2009. Conditions have been difficult for most of… Read more

The Drennan Team England squad have had a mixed week during the official practice sessions with sport being extremely difficult for all 26 nations on the Lage Vaart Canal.  As expected, perch are the main target species but there are a few better roach about and bonus bream on the long… Read more