Dean Barlow spearheaded Drennan Oxford Blue’s victory in the penultimate round of the Oxford Winter League with a perch-based 10lb 1oz winning catch on the Kennet and Avon Canal at Hungerford.

Drawn at an end peg on the Tavern stretch, Dean kicked off fishing 13m down his peg with lobworm tail on a size 12 Kamasan B512 hook beneath a 0.2g Drennan Carp 2 float to net an early 1lb 8oz perch plus some smaller stripys. 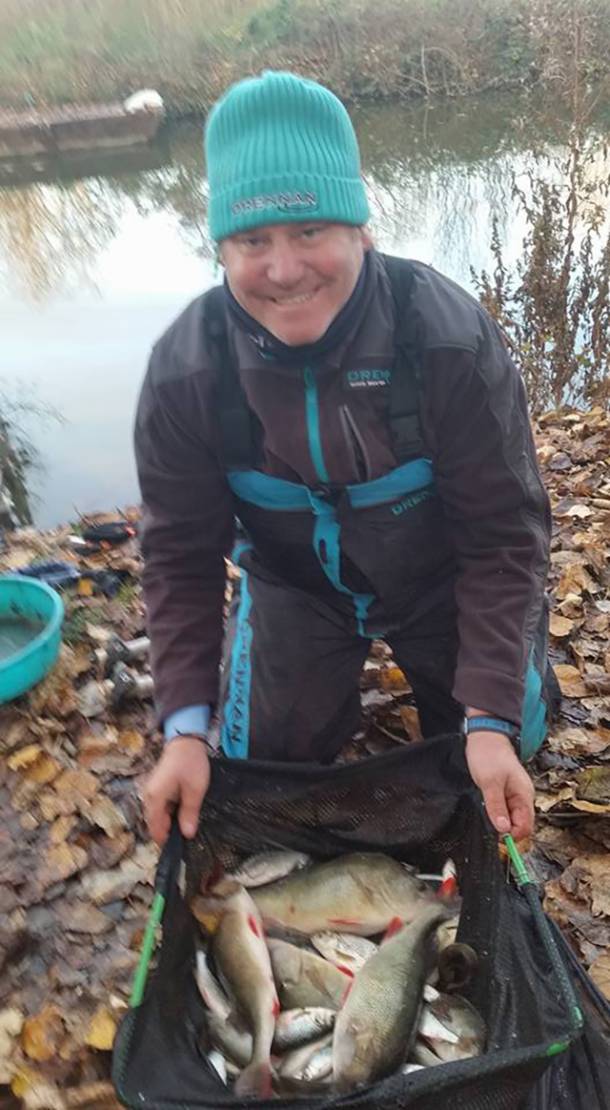 Topping up with around 2lb of roach and mixed silvers on pinkie over groundbait at 8m during the match’s middle stages, he switched back to the 13m line in the final 90 minutes to finish with a flourish.

“All day long I’d been loose feeding casters on the 13m line, and I went back on it with a very light rig with an 0.1g AS1 float alternating double caster on a size 14 B512 and single caster on a size 16 to 0.10 Supplex fluorocarbon to add four more big perch plus a few smaller ones to win the match,” said Dean.

“My top tip for catching big bonus perch on cold clear canals is to always have two potential baits. Some days you’ll catch on lobworm, but other days caster on finer gear is better. You’re also more likely to pick up quality roach and skimmers on caster than on worm,” he added.