A trio of specimen bream topped by the largest reported specimen of the season suggests that now is the perfect time to bank a new personal best. 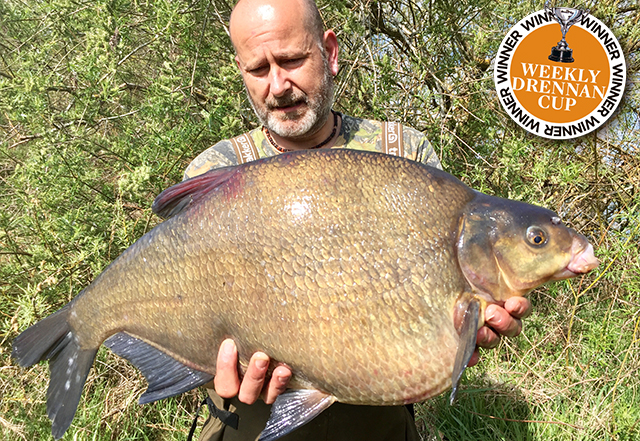 We start with an 18lb 4oz giant that proved to be the only bite of the session for its captor, big-fish enthusiast Andy West.

The Northampton-based angler had previously fished five 48-hour sessions on an undisclosed gravel pit with just four tench to show for his efforts, but his determination to catch his intended quarry finally paid off during a recent trip.

“I arrived at my peg and baited a spot at 60 yards with 4kg of pre-soaked fish meal pellets and half a kilo of 15mm Dynamite Baits Source boilies, corn and some hemp,” Andy said.

“The first night came and went with no action but still confident I topped-up the area with six Spombs and fished a single Source boilie on each rod over the top.”

This additional bait proved pivotal as by 2am the next morning, Andy’s rod was way.

“Lifting the rod, contact was instant and you could tell it was a heavy bream,” he added.

“It nodded all the way to the net – in the torchlight it really was massive.

“My previous best was a fish of 17lb 2oz, a weight I thought I would not reach again but you can never tell with fishing!”