Manchester-based Andy Cheetham was the first angler to get on the score sheet when he banked a brace of stunners from a Midlands river – weighing 4lb 7oz and 5lb 3oz respectively. 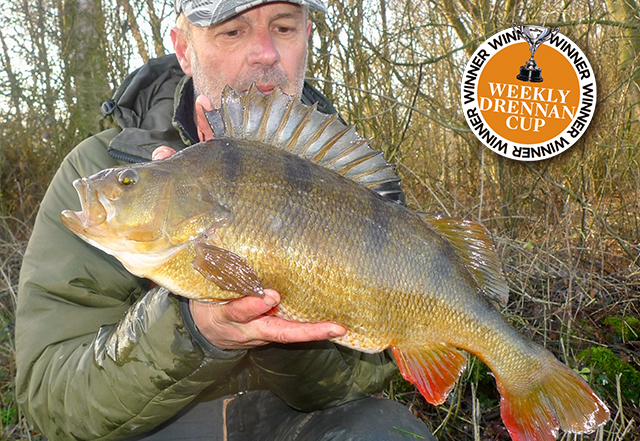 The Perchfishers press officer has been in fine form over the last two weeks and has achieved two weekly Drennan Cup awards for perch of 4lb 9oz and 4lb 14oz, but his most recent session yielded his best catch of the season by far.

“As a result of increased boat traffic I had to fish at first light as this shallow area would get too disturbed to fish later in the day,” Andrew told Angling Times. “I baited the swim prior to daybreak with 200 chopped lobs and fished three half lobs and a chopped worm feeder over the top.

“At first light I had a delicate bite and hooked a nice perch which fought really well under the tip.

“It was an immaculate fish of 4lb 7oz and did not have a mark on it.”

After slipping the perch back Andrew toyed with the idea of packing up but decided to stay for a while longer – a decision that proved fruitful when he received another gentle pluck on the rod-tip.

He added: “As I struck a large perch shot to the surface and tail walked towards the central flow and reedbeds.

“It made several good runs before it finally went in the net – at 5lb 3oz it was a new perch to any I had seen from that waterway before.”