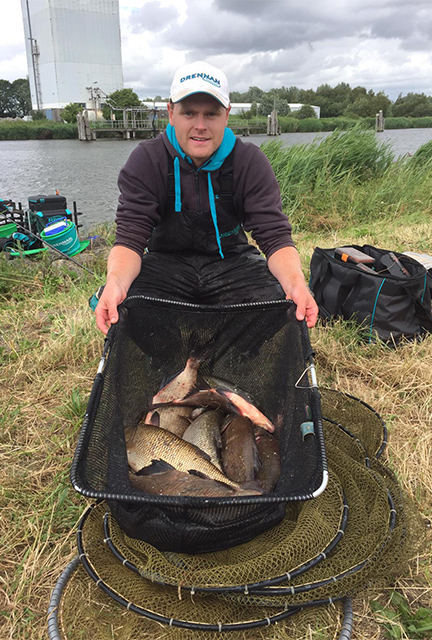 Over the weekend Ramon fished the 3rd and 4th round of a Dutch feeder league held on the Eemskanaal which is a canal near Amswear. Due to commitments with the European Championships Ramon was unable to practise but luckily his team, JWP Water Service, had managed to have a few. Ramon quickly got up to speed with the venue talking to his team mates and went into the Saturday feeling confident. C5 was drawn and Ramon managed two big Ide for over 2.5kg on the long feeder line in the first 10 minutes! Unfortunately no more bites generated from this spot and Ramon decided to come back and fish his short feeder line. The fish had settled well on this line so Ramon got his head down and started to catch Bream and Skimmers at a steady pace. At the scales Ramon managed 14 kilo of Bream, Skimmers and Ide which was enough for an overall win on the day and the team had secured 14 points.

On Day 2, Ramon was positioned on A7 where opposite him were some mooring posts which looked like good fish holding features. The first 20 minutes were quiet for Ramon on the long feeder line but on his 4th cast, finally a bream slid over the net. The swim was getting stronger but only with a small species called ‘Gobie’. Ramon knew that catching these wouldn’t secure good team points. Ramon cast to his short spot where he caught most of his fish the day before but the next 10 minutes went by without any signs. The canals are used to huge cargo ships going up and down them, this is sure to push the fish around and after 20 minutes of one going by, Ramon was suddenly getting stuck into a bream shoal. 14 kilos again was put onto the scales and Ramon had won the match again and the team had managed 18 points on the day. Their total point score wasn’t quiet enough to keep up with the teams in 2nd and 1st positions but there are two more rounds to go in October. 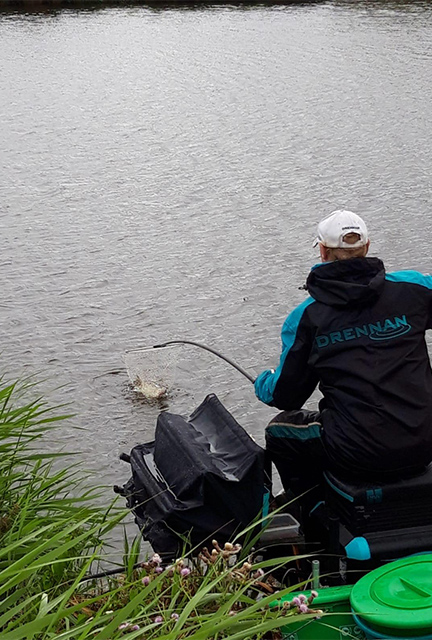 One of two Ide caught by Ramon on the first day