Paul Elt was rewarded with this impressive specimen chub along with 7 others after persevering with trotting tactics in very windy conditions. 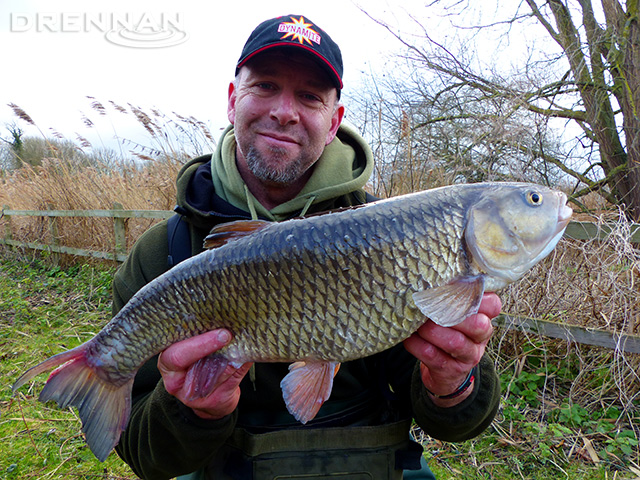 “I set myself a target of a 7lb chub on the float this winter, it’s been hard going with the conditions always against me, flooded rivers have meant that I have only been able to trot a float on a few occasions and even then the wind has made it very tricky.

“Sunday looked like more of the same and with high winds hitting the country, by mid-morning, I had just one chub to show for my efforts. I was heading back to the car and came across a short section of river that was sheltered from the wind and so thought I would give it a go for an hour or so.

“I fed the swim for 10-minutes with red maggots that I had flavoured with liquid Crave to add extra scent and attraction, as the water was still holding colour from the recent rainfall. First run through with the float and I bumped a fish right at the end of the trot. I fed the swim again for another 10-minutes before running the float through again. The next trot down I was into another fish and thankfully, this one made it to the net. I could not believe it did not go seven-pound, but only two ounces short it was still an impressive fish! Seven chub later, I was out of maggots and ended up packing up early a very happy angler.”