Match weights are increasing rapidly at Messingham Sands as the water temperature rises and the carp begin to feed well. 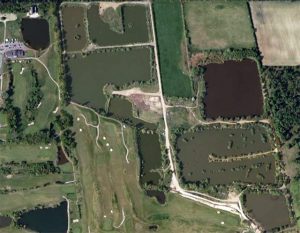 Peg 56 on the Swan Pond, which is one of the shallowest areas at the Scunthorpe venue, was the hot draw last week. Andy Bryant won a well attended Friday Open from it with 139lb and Steve Peacham was really pleased to pull the same peg out on Sunday. His optimism was not misplaced as he weighed a whopping 245lb by fishing the pole in the margins.

Saturday’s Drennan Silverfish League, which was fished on Islands Lake, provided some really consistent sport with an average weight per man of just over 50lb. Some really good roach and hybrids showed but the main weight boosters were skimmers, crucians and odd tench. The winner, drawn on peg 39, swapped between casters shallow and 6mm expander pellets over groundbait, enjoying a really good run of skimmers late in the match.

The Opening day of the Syndicate proved to be a good one for Ryan Farnham as he netted a 24lb mirror carp and a 34lb catfish from the Party Peg on Lenny’s Lake.

Carp in the North and South Lakes are showing well on the surface and a number of double figure fish were caught on floating bread last week. Ian Beech landed a nice 17lb common carp from the South Lake, although he was actually fishing for roach at the time!
Brian Skoyles fished the North Lake in midweek, targeting big perch on prawns. The species list caught solely on this bait was quite impressive, as were the size of some of the fish, including carp, bream, chub, eels and some really good roach, unfortunately a big perch was missing from it as they didn’t show on the day.